Focus on
Republic of Croatia 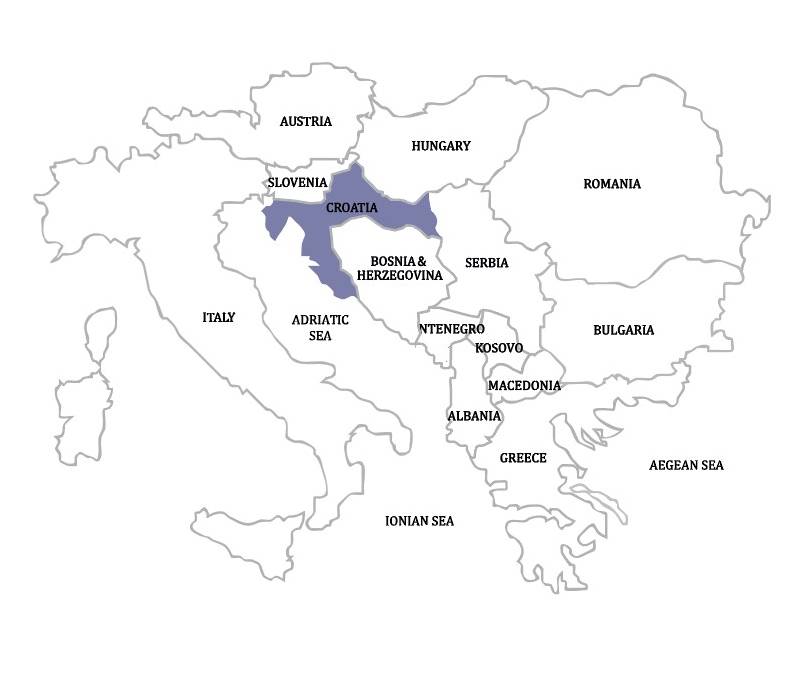 Croatia became independent from Yugoslavia in 1991, and in the same year, Croatia become a member of the World Intellectual Property Organization. Still, the tradition of the protection of industrial property dates from 19 century although, at that time, the Croatia was a party in the Austro-Hungarian Monarchy. The present Intellectual Property Office was founded on December 31, 1991, after the Republic of Croatia gained its independence.

Further, besides WIPO, Croatia is also, a contractor and a member of other international organizations and agreements such as: TRIPS agreement, the Paris Convention, Nice agreement on the international classification of goods and services, Hague agreement, Madrid Agreement of the International trade mark registration, PCT and EPO.

In Croatia, it is possible to request an accelerated TM availability search, where the results will be issued in 3 working days by the IPO, and the official fees will be raised 50 % compared to the usual ones.

Official fees for trade mark applications, registrations and renewals, are filed in one class for each additional class new officials fee are applied, versus almost all other jurisdictions (apart from Albania), where the basic official fees always cover 3 classes.

The classical graphical representation requirement for trade mark has been abandoned by adopting the new law in year 2019, opening way for the registration of new types of trade marks, including position, pattern, sounds, motion, and multimedia marks that do not have to be exclusively graphically represented like in previous Laws.

Trade marks can be renewed 1 year from the renewal deadline at the earliest, and the grace period is 6 months long.

If the fees for the trade mark renewals are not paid within the deadline, in the grace period, official fees are increased by 100%.

In Croatia it is possible to file a utility model – 10 claims maximum are allowed. The applicant may file a request for the conversion of such application into a patent or industrial design application, and vice versa, by the end of 7th annuity.

Also, SPC protection is available for goods that need separate permits to be put into marketplace, namely human or veterinary medicaments and plant protection products.

Patent annuities can be paid 1 year before the deadline and the grace period is 6 months.

If the fees for the patent annuities are not paid within the deadline, in grace period, official fees are increased by 100%.

In Croatia, POAs in all IP matters, must be signed by the authorized person with mandatory full name, position of the signatory and place of signing, the notarization/legalization is not required.